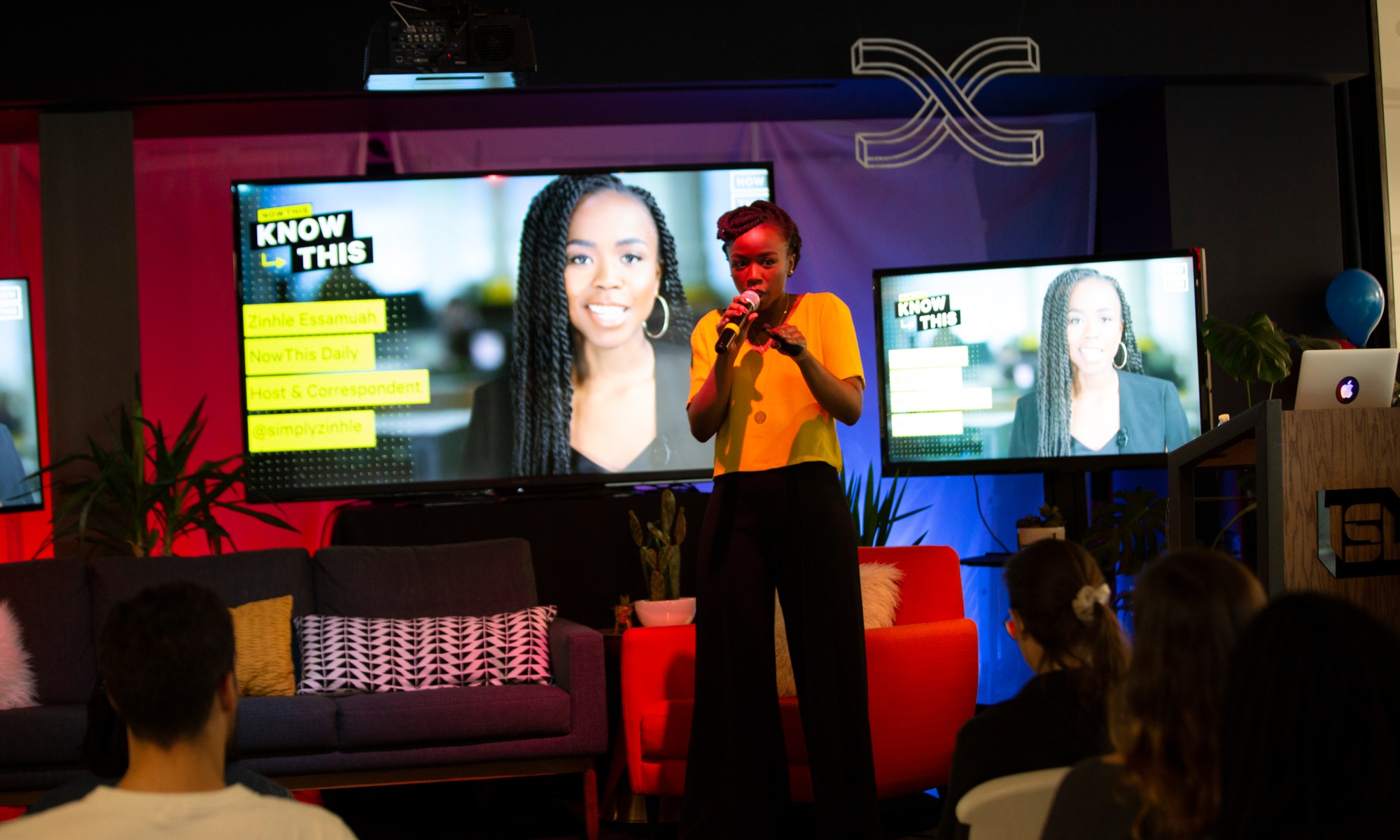 NowThis announced a leading role in the upcoming United Nations Youth Climate Summit, with the host of its daily show “Know This,” Zinhle Essamuah, tapped to host an intergenerational town hall with Deputy Secretary General Amina Jane Mohammed, 100 youth climate leaders from around the world, and other high profile heads of state. The nearly 700 person event was live streamed, including panel participants:

The exhibition highlighted the complexities of human struggles across the globe, through visual art and performance art. Zinhle showcased over 50 pieces of art from 20 artists in the DMV area.